Former Imo State Governor, Rochas Okorocha has been arrested by the operatives of the State Police Command for unsealing the Royal Spring Palm Estate which had been confiscated by the Imo State government a few days ago.

He was said to have gone to the estate with his supporters, policemen, soldiers and personnel of National Security and Civil Defence Corps and ordered the unsealing of the estate.

The Police Public Relations Officer, Orlando Ikeokwu, said the Commissioner of Police, Nasiru Mohammed, invited Okorocha for questioning following his alleged involvement and forceful entry into a property that was confiscated by the Imo state government a few days ago.

The police spokesman said the command received a distress call that there was commotion and violence at the Royal spring palm hotel located at Akachi road in Owerri.

Rochas Okorocha has accused the Imo State Governor, Hope Uzodinma of ordering his arrest. While speaking to Channels Television, the federal lawmaker said operatives of the Nigeria Police Force attached to the Government House watched as thugs destroyed his vehicles.

“I asked them, what is my offence? They said conspiracy and public disorder. So they said it was the governor that directed them, that made a report to arrest me,” Okorocha said.

“The police whisked me into the pickup and brought me to the police station, I am here now. As I am here, they have not said anything to me,” he said.

The former Imo state governor said he is still shocked over the scenario that played out, noting that many people were injured.

He alleged that a top aide to Governor Uzodinma controlled the thugs and was giving them instructions on what to do. 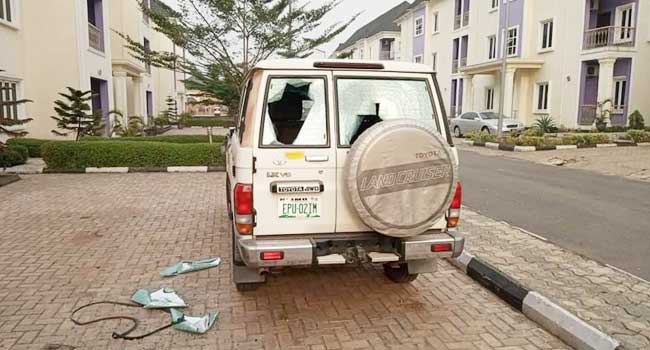 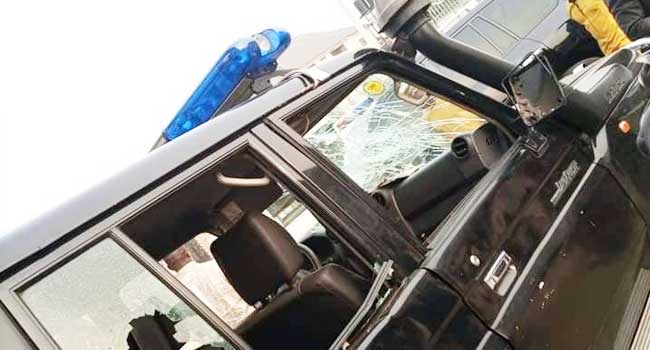 While the ex-governor did not reveal the identity of the aide, he claimed the governor’s Special Assistant pulled out his shirt, armed with a machete to cut him.

“I am still at a very deep shock and confused as to what is happening here. Particularly of note, what shocked me was the SA to the Governor pulled out his shirt, carried the machete himself and was coming to machete me while I was moved out.

“He was calling the boys ‘come, come.’ He was in charge and the police were following him. When they arrested me so to say, the SA to the Governor entered the pickup and came to the police station with their own video.

Two herdsmen drown while searching for their missing cows