Four suspects have been arrested in Brazil  for hacking into over 1,000 Telegram accounts, including some owned by Brazilian government officials, such as Brazil President Jair Bolsonaro, Justice Minister Sergio Moro, and Economy Minister Paulo Guedes.

Other lower-ranking politicians such as congress woman Joice Hasselmann, a key ally of President Bolsonaro and Minister Moro.

According to court documents, the four used a relatively unknown hacking trick to bind the victims’ Telegram accounts to their phones.

Local media reported that the hackers used access to the accounts to send spam messages with malicious links to users’ contacts. However, the group also appears to have targeted and hijacked accounts of local politicians, from where they are believed to have exfiltrated personal messages. 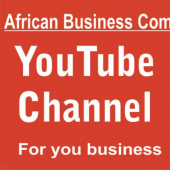 Police Ban All Protests in Lagos